We are continuing to serve families during the COVID-19 crisis. Call (410) 327-3100 to learn more.
Skip to content
You are here:Home-Blog Category, funeral homes-Two Insanely Expensive Funerals

The cost of funerals is rising all the time. According to the Bureau of Labor Statistics, the cost of funerals is up nearly 250% from 1986 to 2021. Price-conscious consumers find fewer and fewer sensible options every year, but funeral homes in Baltimore, MD are one of the best among them. Even with this meteoric climb in cost, however, you’ll never come close to these two insanely expensive funerals.

Regan was a larger-than-life figure, establishing himself as a presence in Hollywood before eventually becoming the leader of the free world when he reigned as the President of the United States for two consecutive terms from 1981 to 1989. Fifteen years later the icon passed away at 93 years of age and his spectacular send-off was worthy of a man of his celebrity.

Stretching over a span of seven days, Regan made a transcontinental trip. Starting in California he was transported from Bel Air to Santa Monica to Simi Valley to make a pit-stop at his eponymous Presidential Library. From California, he flew to Washington D.C. to lie in state in the Presidential Rotunda from June 9th through the 11th. Finally, after a week of showings and ceremonies, the former President was allowed to rest after being transported back to his Library in California and being interred.

So…just how expensive was Regan’s funeral? Oh, just the most costly in known history. Though historians estimate that some notorious figures of yesteryear may have had more expensive processions, Regan’s is the most expensive documented and verified. There is one catch, however. The bulk of this bill doesn’t come from the funeral directly – The government declared a national day of mourning which gave federal employees a paid day off of work. That’s 1.8-million employees, which, if you multiply that figure by a day’s federal wage in 2004, you get the crazy cost of $423-million dollars.

Though most people today might more readily recognize the names of either his son or grandson – Kim Jong-Il and Kim Jong-Un, respectively – Kim Il-Sung was no slouch, neither in life nor death. In 1948 he founded North Korea and reigned as its supreme leader until his death in 1994. Called “The Great Leader”, or “Suryong”, he established his newly founded country as a communist state and actually led it to prosperity for a few decades before crashing and burning along with the dissolution of the Soviet Union in 1991.

Three years later Il-Sung would pass away from a common heart attack, but there was nothing common about his funeral. After a 10-day mourning period issued by his son and successor, “Suryong” was interred at the Kumsusan Palace of the Sun, formerly the Kumsusan Assembly. 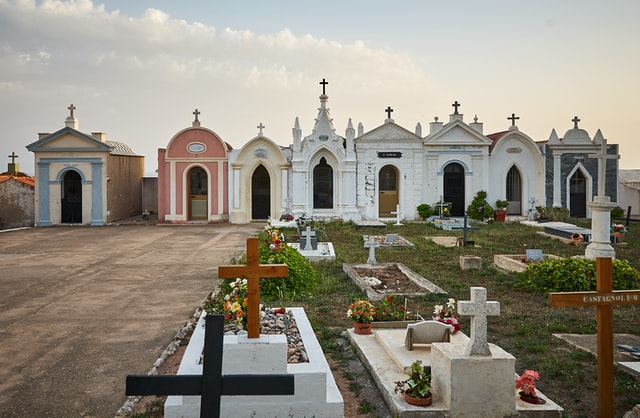 Hall and Il-Sung’s official state residence. Jong-Il ordered the 115,000 square-foot palace to be converted into a mausoleum for his father, a renovation estimated to cost anywhere from 100 to 900-million dollars. On top of that ridiculous tab, his son also ordered his father’s body to be embalmed and preserved and placed within a glass sarcophagus on display within the mausoleum. Some decades later, Jong-Il would join his father in his own glass sarcophagus.

Even though most people won’t come close to spending even a fraction of this amount of money on their own funerals, that’s no reason to let your guard down when planning your own or a loved one’s affairs. Staying savvy can be difficult in niche industries but it’s not impossible. When in doubt, seek experts – experts like those found at funeral homes.

You can learn more about funeral homes in Baltimore, MD. Talk to us at Hari P. Close Funeral Service, P.A. to schedule a consultation and learn about cremation services/funeral home services. Visit our office in Baltimore or call our location.