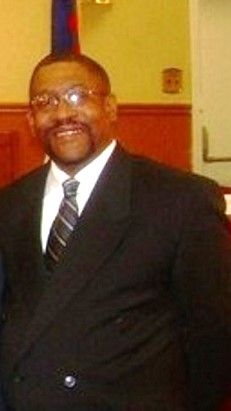 Glenn Todd Scott, 56, husband of Debbie Scott of Baltimore Maryland, passed away Friday, September 16, 2016 at St. Joseph Medical Center after a battle with Pancreatic Cancer. Born March 22, 1960, in Brooklyn New York, he was the son of the late Phillip Parham and Isabelle Scott.

Glenn was educated in the New York City Public School system graduating from Brooklyn Technical High School in 1978. During his time at Tech Glenn became an accomplished vocalist and Saxophonist. He continued his studies at Fordham College and State University of New York at Stony Brook. He spent his early professional life as an accountant with CSX Intermodal rising to a position of leadership within the accounts payable department. Glenn went on to hold many leadership and accounting positions with various companies including, Shelter Group, and Morgan Stanley. Using the skills he mastered in the corporate environment, he began working with community organizations in Baltimore to affect social change. His work involved driving voter turnout, exposing predatory lending practices, and improving workplace conditions. In his later years Glenn was the Business Manager at No Turning Back LLC sharing the vision of Mr. Robert Carter and Mr. Kevin Dorsey, to deliver quality mental health and addiction recovery services to the residents of Baltimore.

Glenn was a spiritual man who shared the gift of God with all around him. As a boy he was introduced to Christ at St. John Evangelical Lutheran Church just across the street from his childhood home. He learned of God and served as an altar assistant alongside his brothers. While in Baltimore he worshiped at Berea Lutheran Church, St Thomas Lutheran Church, Faith Evangelical Lutheran Church and All Saints Lutheran Church. Glenn had a special interest in bringing young people to Christ often teaching Sunday School and encouraging young people in his neighborhood to attend services. He was a sought after soloist ministering through song during the Holiday’s.
Glenn had a passion for music, especially jazz, his favorite song was “A love supreme” by John Coltrane. He was beloved by his friends for his infectious laugh, Junior’s style homemade cheesecake, and servin