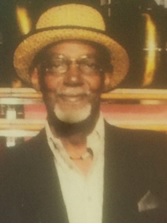 Allen Alexander Doles, Sr., was born January 26, 1941 in Baltimore MD to Naomi Johnson “Mary Ann” and James Alfred Doles “Bo Wheat” (both preceded in death). He transitioned from this life on January 22, 2021 peacefully in his sleep.

Allen very affectionately known as “Ringo” within the family and close friends was the oldest of five siblings’. He leaves to mourn three sisters- Carolyn (brother in-law Charles preceded in death), Dorothy (brother in- law Howard) and Lenora, and one brother Gregory (preceded in death).
Allen was a graduate of Paul Laurence Dunbar High School, then furthered his education at Morgan State College for several years. He met and married the late Barbara Jean Coward of Baltimore, the love of his life and out of that union there were four children (Allen Jr., Karen, Arlen, & Adrian). During that time Allen was a wonderful provider for his family.

He was employed at Bethlehem Steel as a steel worker, and other known major companies such as Montgomery Wards, and Western Union. Allen was always very dedicated to any job he held over the years and maintain relationships until he later retired from Johns Hopkins Health Systems.

Allen always showed interest in music and arts. He was a lover of jazz, blues and the arts. Allen was a self-taught musician and artist always pushing the limits of his artsy skills. This led him to become a member of The United House of Prayer for All People in the 1960’s and late 1970’s. He was a member of the musical bands playing the trombone and assisted as a Royal Guard, one of the highest levels of security for the church. In his later years, Allen was a member of Lost & Found Ministries where he remained a faithful member gaining a closer relationship with Christ, until the day he transitioned. Allen was always the life of the party and enjoyed family gatherings for any reason including holidays which he enjoyed the most. He always had a kind, calming spirit, with soft-spoken words. You could always find him in the corner with his legs crossed enjoying the atmosphere of the family which was very important to him -especially his daughter Karen to whom he called “Bunny Love.” Allen saw God’s creation different and always loved all the things surrounding his energy.

He spent the last several years of his retirement bike riding, traveling with family and spending time with loved ones.

He leaves to cherish his memory, his devoted sisters, Carolyn D. Blackwell, Dorothy E. Purvis-Holt, Lenora A. Doles, and youngest brother Gregory Smith (preceded in death); Children Allen A., Jr. (MD), Karen E. Doles (GA) Arlen A. Doles (MD), Adrian D. Doles (NY); his grandchildren Christen Y. Doles (NC) Shaketta M. Doles (MD), Jeffery A. Coles (MD), Drew A. & Cortlin A. Fleet (NC); and great grands (Ara, Janae & Kenleigh). Allen leaves his mark that all of his children and grandchildren will all have a love for art and music. Allen also leaves his devoted nephew Rondy P. Griffin II, Mark A. Taylor and only niece Aprile E. Purvis, along with a host of cousins, additional family and life time friend Tony Moore (preceded in death) and too many others to name but always there for him.

1 responses to Mr. Allen A. Doles