We are continuing to serve families during the COVID-19 crisis. Call (410) 327-3100 to learn more.
Skip to content
You are here:Home-Blog Category, cremation services-Cremation and Religion: Does Your Religion Allow You To Cremate?

Cremation and Religion: Does Your Religion Allow You To Cremate?

When deciding if cremation services are the best option for you or a loved one, it’s essential to understand the relationship between cremation and religion to make an informed decision. The spiritual and religious views may significantly impact identifying the optimal manner of disposition for that person. Is cremation acceptable according to your religious beliefs? If this works, it will be fantastic. Cremation services in Baltimore, MD, can assist you in planning the best funeral for your loved one by providing you with the necessary instructions and assistance for your cremation requirements.

Religious beliefs on cremation have evolved in tandem with changes in society and the natural environment. Today, many religions provide their members with the option to choose whether cremation is their preferred form of disposal or not. Some religious traditions oppose cremation outright, while others urge it under certain circumstances.

It is likely that changes in demography and religious views over the last four decades have contributed to the increasing popularity of cremation as a final disposal technique. According to the American Cremation Association, despite the country’s Christian majority, cremation is now the chosen mode of execution for more than 40% of Americans, compared to just 3.5 percent only 50 years ago.

According to new research, religious beliefs and religion’s role in end-of-life decision-making in the United States have shifted in recent years. Following a period of decline in popularity in the 1960s, Buddhism, for example, has witnessed an increase in appeal. However, an increasing proportion of Americans express no religious affiliation, and this trend is anticipated to continue in the foreseeable future.

The View Of Certain Religions

Some fundamentalist Christian churches object against cremation, citing biblical verses to support their position. Other biblical scriptures appear to favor burial over cremation. Many Christians feel cremation is a personal decision, despite the Bible’s lack of explicit condemnation. Based on the rising popularity of cremation, it seems that more Christians are choosing it.

Although cremation is legal in certain jurisdictions, the Catholic Church remains adamantly opposed to it, including excommunicating anybody engaged in or responsible for the cremation of a fellow Catholic. The Catholic Church finally allowed cremation in 1963. However, most Catholics choose burial or entombment over cremation.

Cremation is forbidden under Islamic law because it violates the dignity of the human body. Following Islamic tradition, Muslims must bury their deceased within one day after death unless a particular need for a delay exists. The body should be revered in both life and death.

Because cremation is considered religiously acceptable by some popular religious organizations, many individuals select it as their last resting place before passing away. Before hiring cremation services, check with your religious leader to determine whether your religion permits cremation. 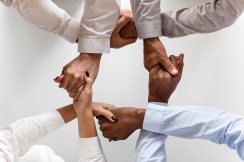